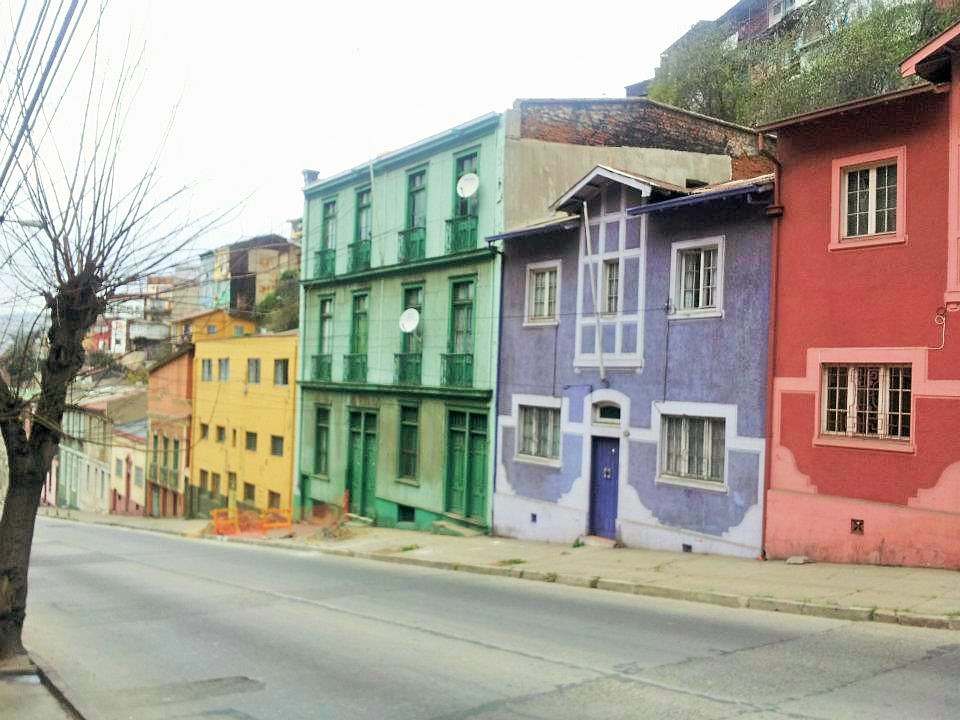 After having the privilege of spending a weekend wandering around Valparaiso, Chile, I am saddened to read of the unfortunate event that occurred within the past month. As one of my favorite stops on a six month journey through South America, I’m finding it difficult to see that several neighborhoods in this colorful port town have been reduced to burning rubble from a fire that spread over 3 days. From April 12th – April 15th, over 2,500 homes were burned to the ground, dispersing over 11,000 people and leaving them homeless. The wooded hills surrounding the area will be forever changed, with the fires affecting a large number of the poorest communities, which had homes largely built from wooden huts.

Located 70 miles northwest of Santiago, I easily recall the beautiful hillsides, architecture, and bohemian culture of this historic town. The friendliness of the people, the artistic beauty, the delicious seafood, and the smells of the ocean coming in on the breeze, are what have given this ocean-side city the privilege of being named a UNESCO World Heritage Site. Especially now, as the city recovers, it is a perfect opportunity to check out the area to help support the recovery and local businesses.

As a majority of the destruction was done to specific hillsides, the most common areas in which one would explore in the city are still intact and unscathed. As a tourist for a day or two, most of the sightseeing will be confined to downtown, away from the fire damage. The bohemian culture is highly prevalent and contagious throughout the center of the city. The colors of the homes and buildings are still alive, providing a very distinct look and feel from other Chilean cities. 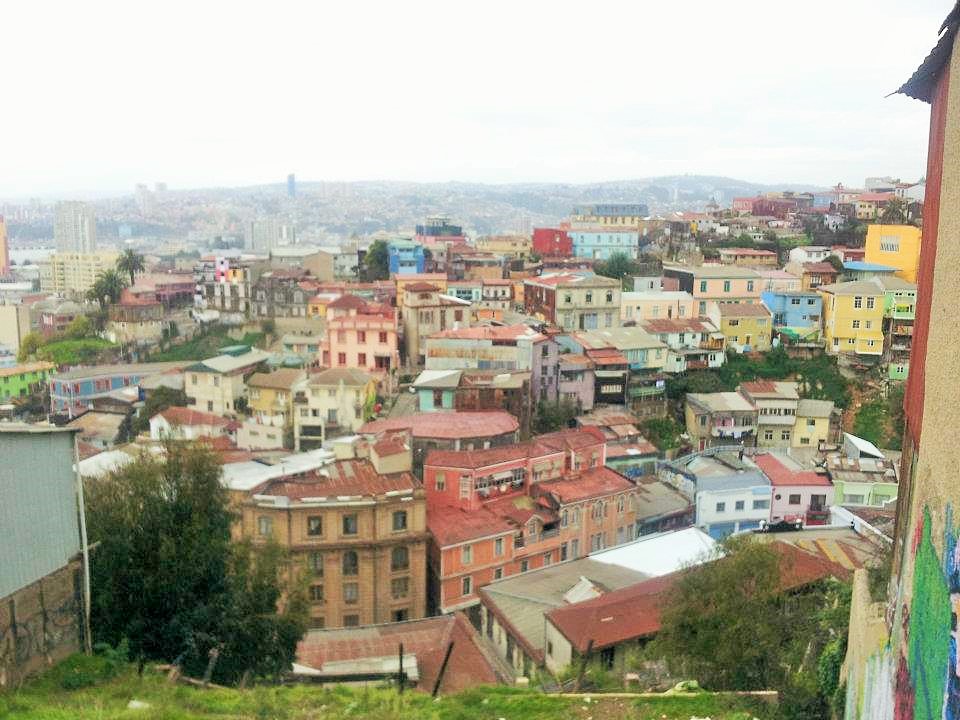 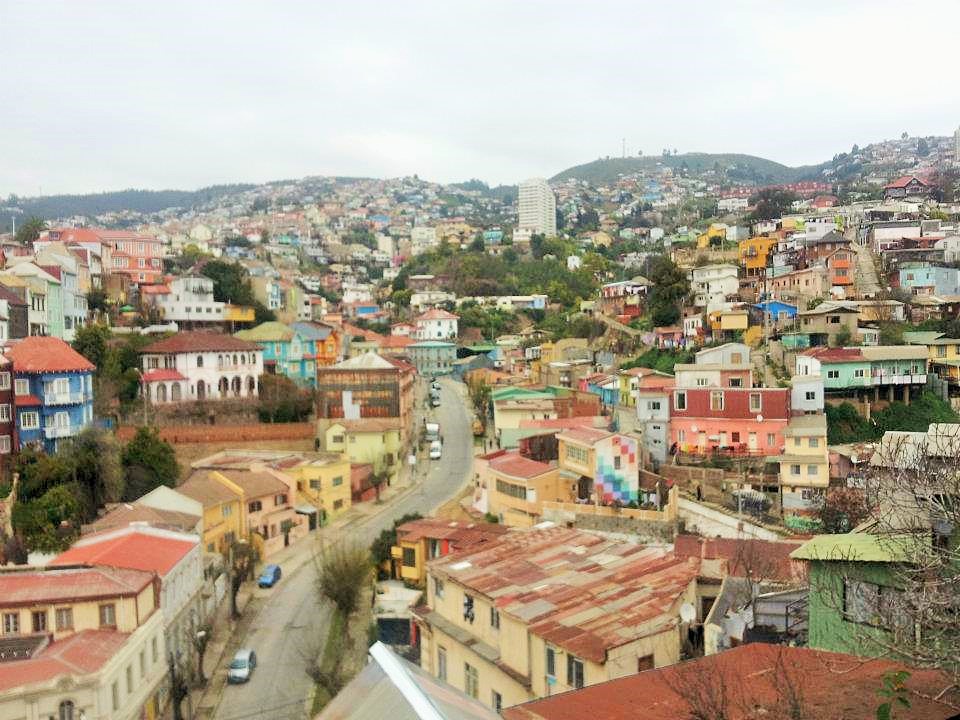 A major gateway to the city is through the capital, Santiago. Buses are the most common (and suggested) mode of travel into the city. A 1.5 hour drive from the Central Bus Terminal, located near the National Congress building in Santiago, is an easy, and for the most part, comfortable, ride. There are many departures throughout the day, so it is not mandatory to buy your ticket in advance. However, is you want to feel assured, you can book a ticket using the Tur Bus website, by clicking here. Tickets are also fairly cheap at around $8 for a round-trip.

There are several modes of transportation throughout Valparaiso – taxis, buses, and my favorite; my feet. Walking around is the best way to get a feel for the city. Stroll inside the numerous shops that seemingly pop out of nowhere. Gaze over the views that are set atop random staircases, which wind around hidden corners of buildings. There are vibrant streets full of creative murals and graffiti (not the gang-affiliated graffiti that we see in the States) that need to be experienced without the distractions of being rushed while driving on the road. 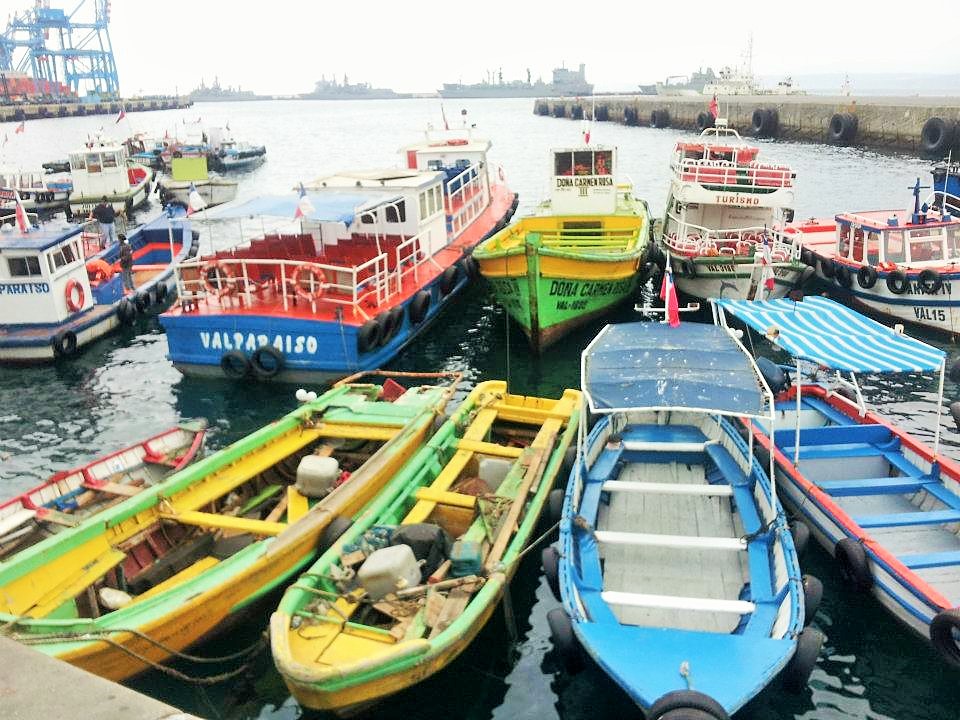 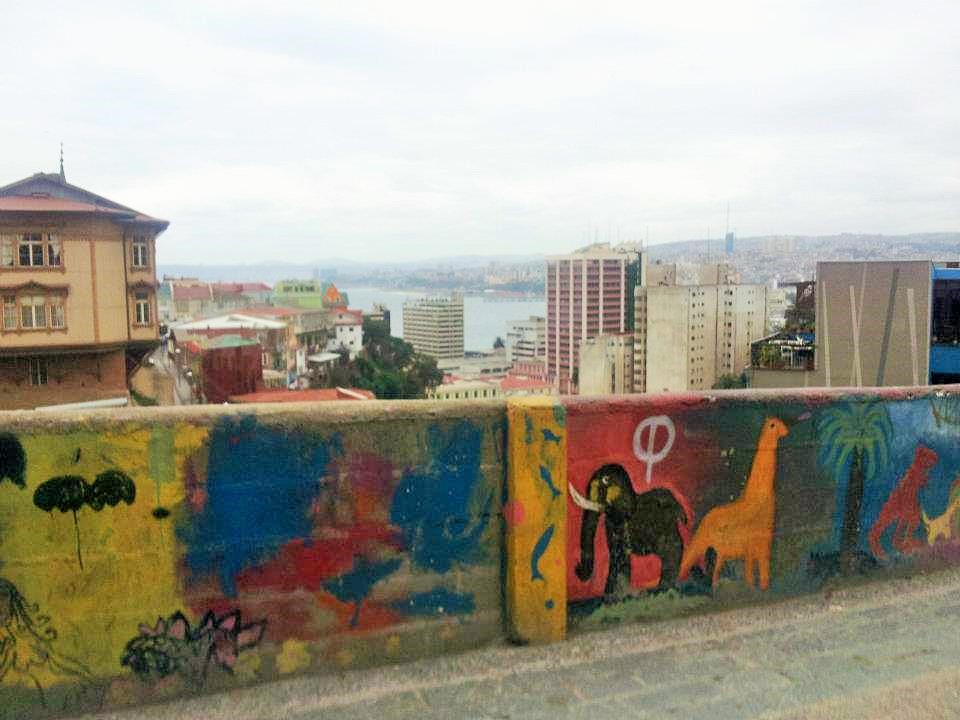 As well, one must experience a ride in those long, inclining, cable cars that go up and down the hillsides. These cable cars are called both “ascensores” and “elevators” by the locals. With fifteen of them around the city, they are used by both locals and tourists to help walkers get up and down the hills, saving a lot of time and energy. And at just $0.60 per ride, they are well-worth the price. The views over the city are amazing as well, so get your camera ready. 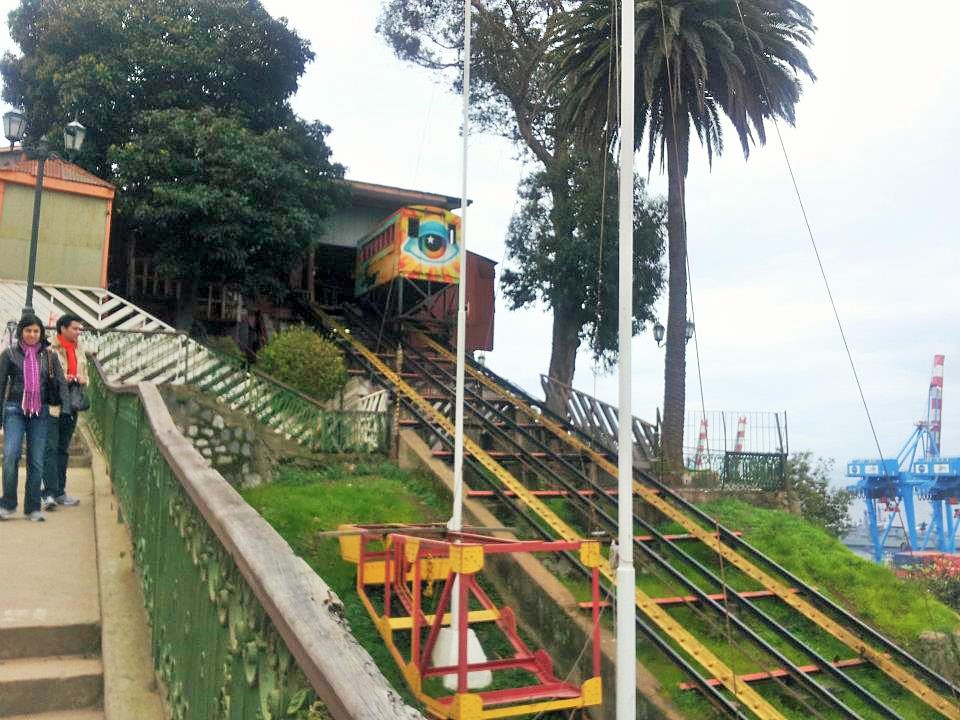 The town is not known for its numerous landmarks or attractions. Rather, the overall feeling of its bohemian culture and views are what draw the crowds. The area is best experienced while roaming through streets and hillsides, and taking in the beautiful art that pops up around every corner. The walls are aligned with splendid displays of color from local artists trying to make a name for themselves.

For the most part, a .5 mile radius around the downtown area is safe for walking. Do note, there is a higher than average amount of petty crime, especially pickpocketing, in comparison to other Chilean cities. Know your surroundings on the back streets, and keep an eye on your valuables. On my entire 6 month journey through South America, I experienced only 1 case of an ‘attempt’ to steal belongings in front of my eyes. While perusing a back alley (in which I was totally out of place), I noticed two young teens out of the corner of my eye. As I came closer to them down the street, I also noticed their eyes glued to the movement of my hand swinging by my side as I walked. One of them, holding a broad stick, whispered something to the other, and they started to stand up. Immediately, I turned towards them, pointed to the camera phone that was in my hand, and asked them if that is what they wanted. Shocked by quick reaction and understanding of what they were attempting to do, they immediately sat back down, stared at me for a few seconds, and then apologized. I continued on my way… but moved closer to the more populated areas for the rest of the afternoon. 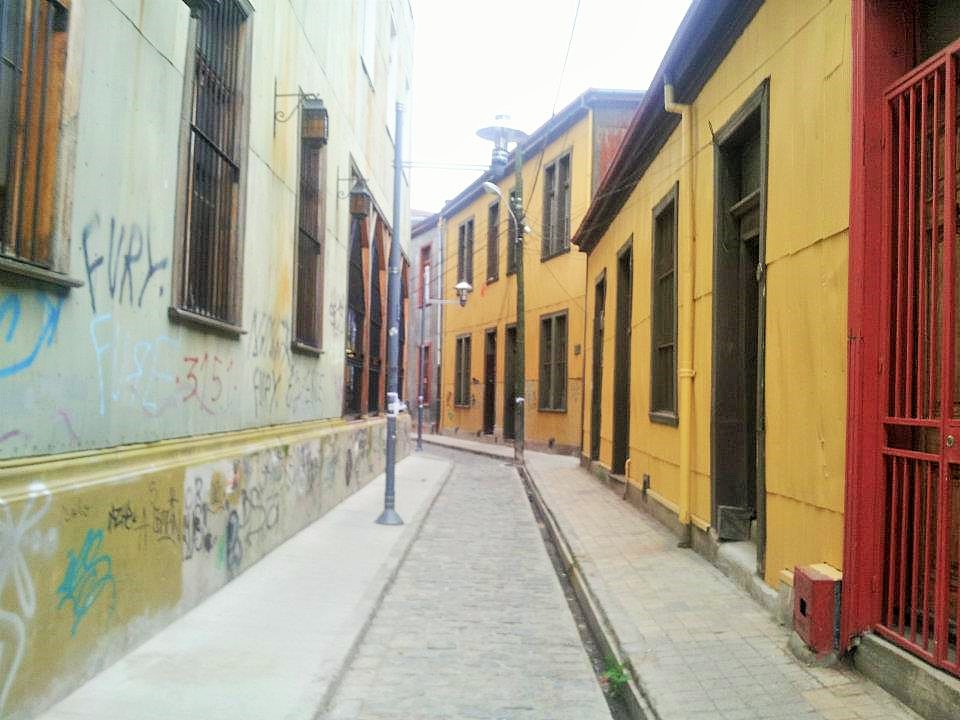 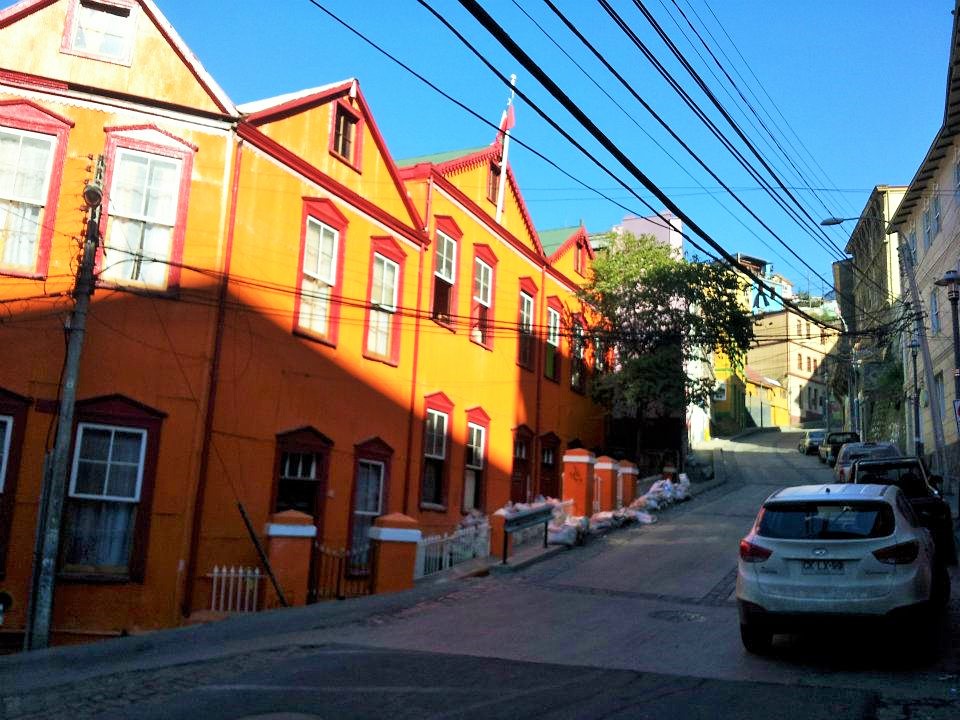 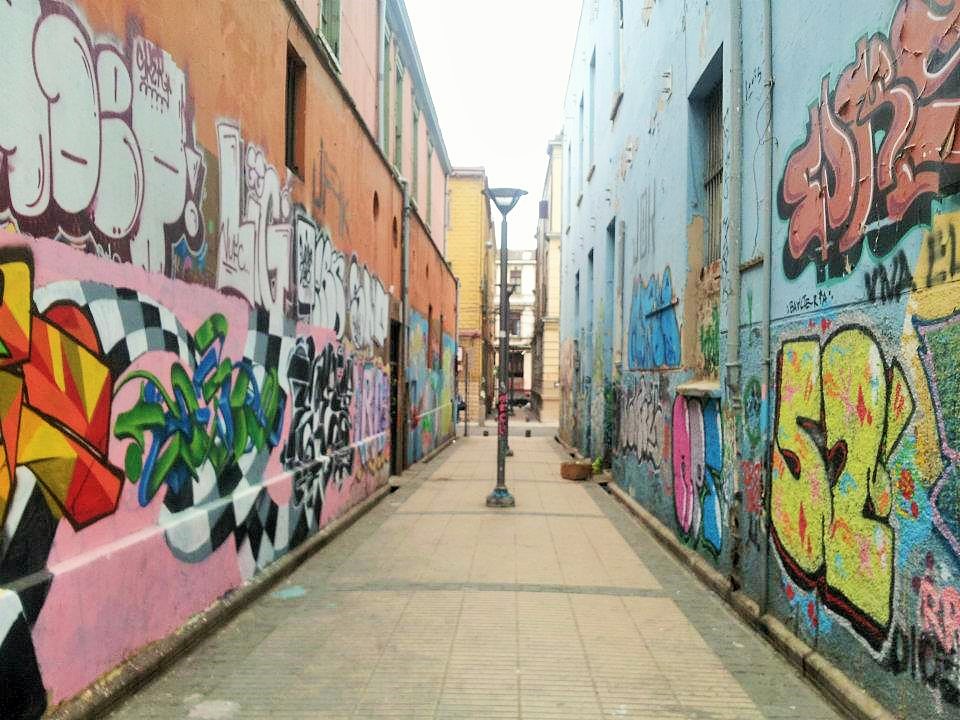 The town has numerous restaurants and eateries throughout the downtown area. One local bar that quickly became my favorite, serves up amazing, fresh seafood, in a great sailor pub atmosphere. Located a little walk west of the more populated areas, “Bar La Playa” was just what I was looking for in a port-town. Serving up local specials for over 80 years, it was the perfect place to get a dose of the common fare, but difficult to decide on just one dish. I eventually split four different dishes with an awesome Swiss traveling couple, in which I had been traveling with since leaving Santiago. The food was all perfection in my book. Be sure to enjoy some of the local beers and pisco with your meal. As well, the owner is an awesome guy, and is happy to talk about his city and answer any questions you may have. – Ask him to show you the ghost photo! – 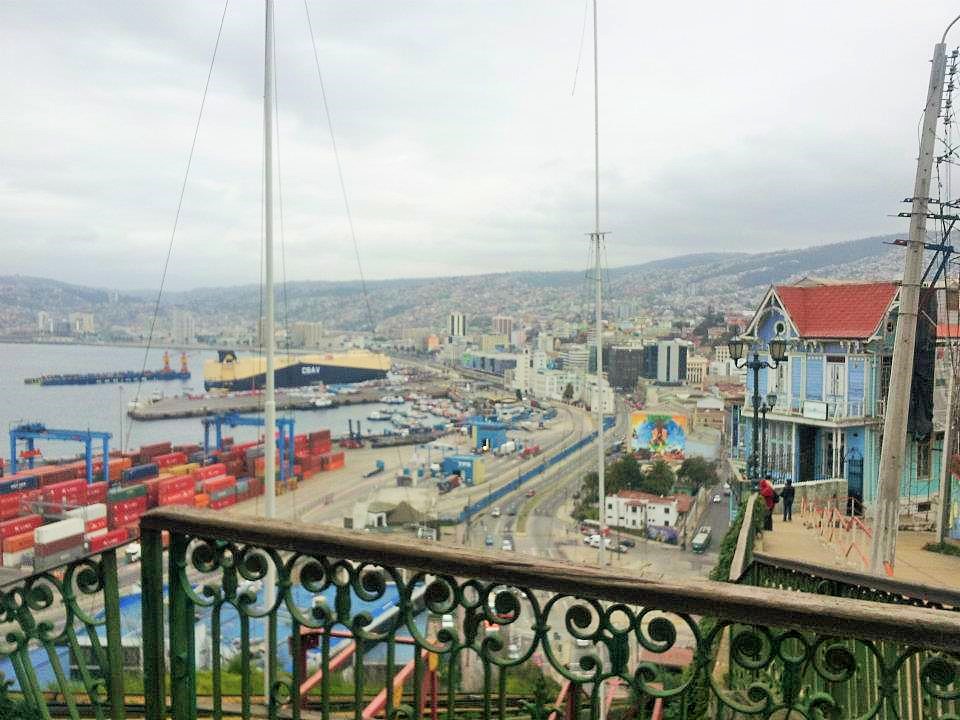 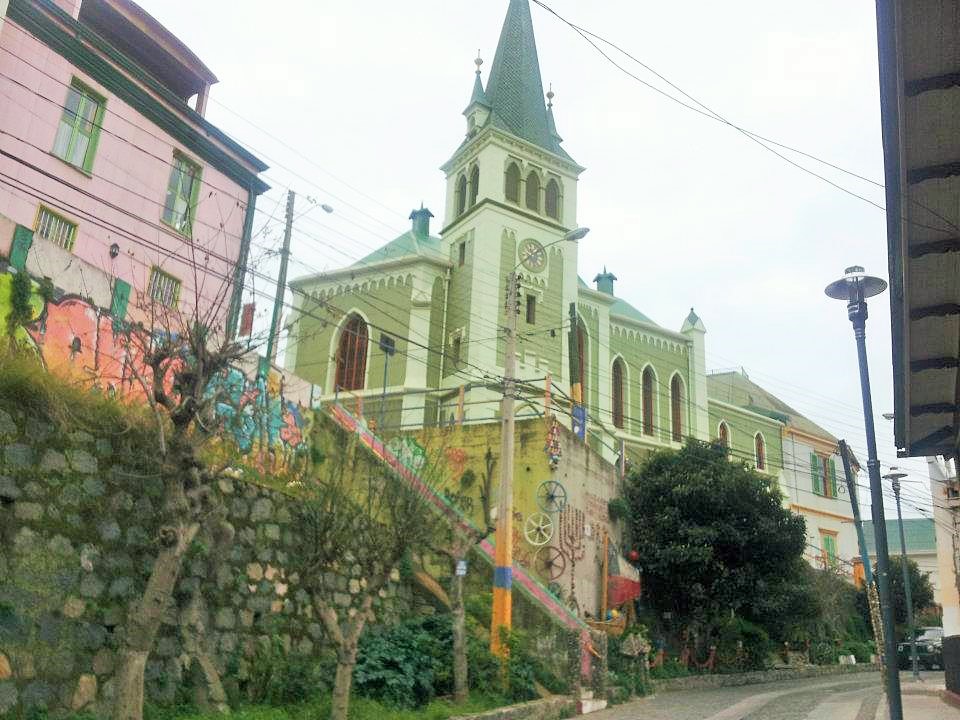 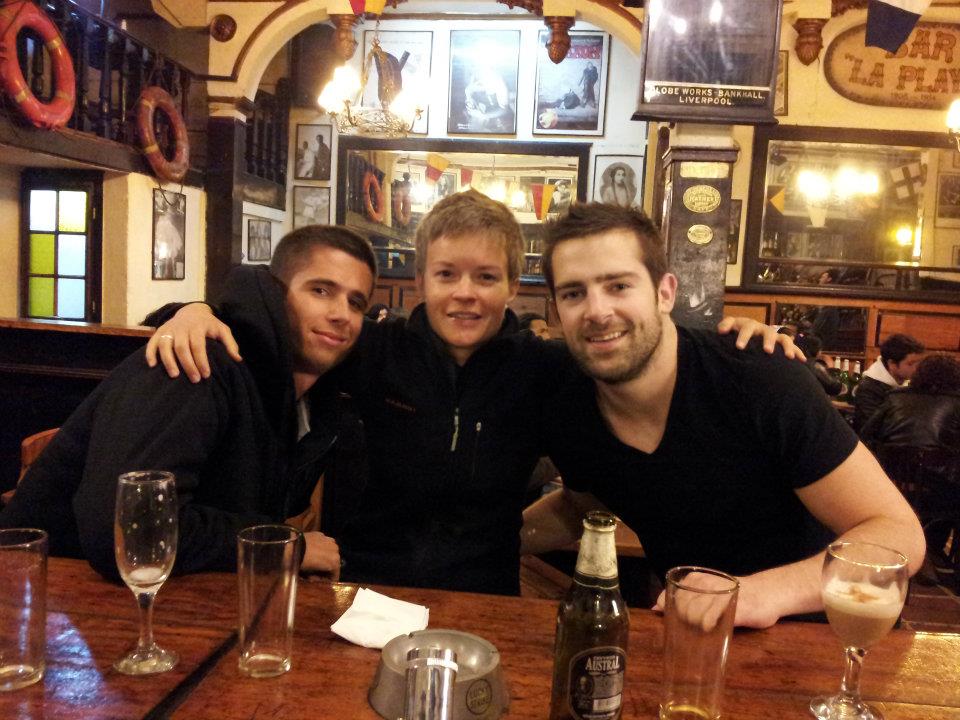 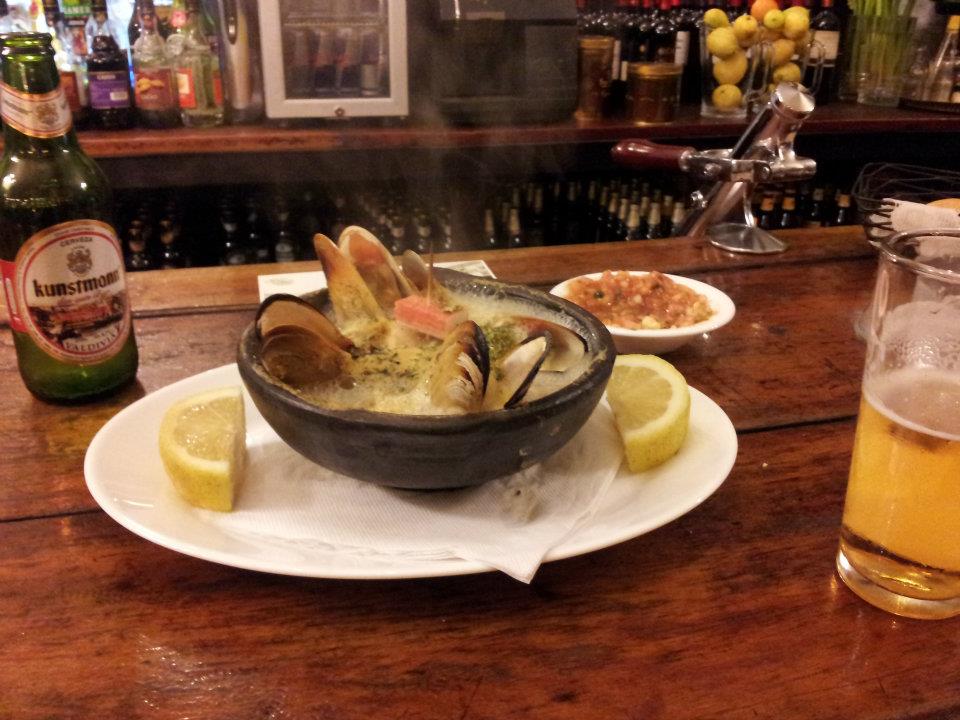 A good day or two is necessary to see all of the best sites and experience the array of colors, art, and foods. Just as spending a couple of days in this wonderful city raised my interest in the unique bohemian culture to new heights, I trust the neighborhoods effected by the recent fires will be risen from the ashes to new heights, and provide even more beauty and culture for all of the World to celebrate.

6 thoughts on “Wandering Around Valparaiso, Chile”